The Oregon Coast has been on my bucket list of places to experience ever since I moved to the Bay Area almost 18 years ago. Over the years we never made the time for the drive opting for California destinations that were only a few hours away. If we felt like spending a day at the ocean we would drive to Santa Cruz or Monterrey, Tahoe was the solution for a dose of mountain beauty, and for granite monoliths or high meadows we would go to Yosemite. But now, we are finally going to make the famous Oregon Coast drive. When I think of the Pacific Coast, beaches of driftwood and rugged cliffs dotted with lighthouses come to mind. This is classic Oregon Coast and it is our next destination!

Our first stop was the little town of Astoria. We didn’t spend much time here but had lunch along the pier and spent some time walking and taking photographs of the area. I met a biker touring the US from Ireland. Over the past few days we noticed that there were a lot of touring bikes on the roads. I was curious about the routes, where they stayed, how many miles they rode a day, etc. He told me all about his epic adventure of circumnavigating the US by bike. He averages about 60 miles a day on a hybrid bike fully loaded with camping gear. What an adventure! I think I would want a support team to carry my gear and have camp set up at the end of the day with a hot meal prepared for me! Below are Darryl’s cool pics taken as I chatted.

After registering for our campsite at Fort Stevens we went to see the Iredale shipwreck which ran aground in 1906. The sunset was beautiful with the silhouette of the shipwreck in the foreground. Our first evening walking along the coast was picture perfect. 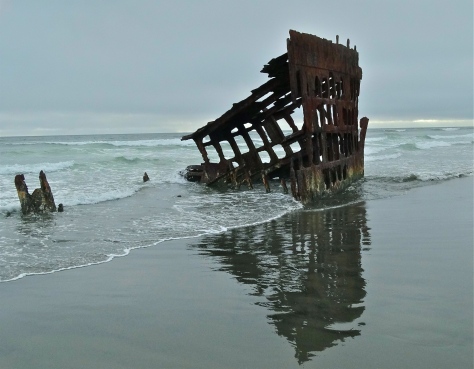 We spent the first part of the next morning exploring Battery Russell on Fort Stevens. There were the remains of a military bunker first put into service in 1904 until deactivation in December of 1944. It was the only mainland military installation that was attacked during WWII. A Japanese submarine fired upon the fort on June 21, 1942 damaging only the backstop of the fort’s baseball field and a power line.

Our original Oregon coast plan was to drive the 350 miles in two days since we had to get to Grass Valley, CA by the end of the week. There are only a few dates that we need to meet on this trip and this was our first deadline. By the end of our first day we made it a whopping 87 miles from Fort Stevens to Pacific City. Our timing was off a little but we had a spectacular day walking along the beaches, scrambling along the rocks and admiring the tide pools. 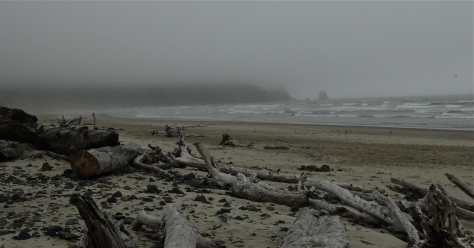 We stayed in Pacific City where I had my first experience with food poisoning. The whole experience at The Pelican Pub & Brewery was sub-par. From the start to the bitter end when half way through my meal I immediately felt ill and had to leave to rest in the car. The host at the campsite told us that the restaurant has a bad reputatIon amongst the locals as being over priced and poor quality. Epic bad choice for a restaurant!

Fortunately, I felt better the next day and we continued on down the coast. This would be a very long day of driving and against our rule of driving only 4 hours, or 5 tops, a day. We’ll see how this math works as we get further along our journey!

As we were driving through Lincoln City I spotted four old Land Cruisers for sale on the other side of the road. Darryl loves these cars so we made a U-turn to take a look since it’s unusual to see four different Land Cruiser models just sitting alongside the road for sale. What’s the story? 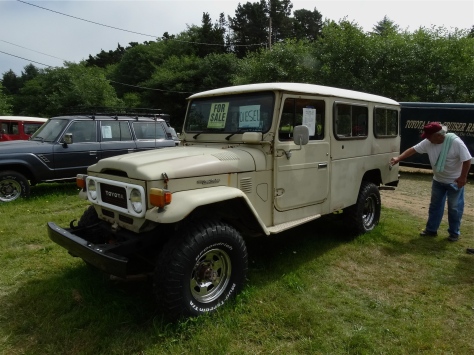 When we pulled up we saw someone walking down the gravel road behind the property. We asked him about the cars and he told us that they refurbish the Land Cruisers and that he has a bunch more that are completed or in various stages of the refurbishing process just up the lane. “Are you interested in taking a look?” Do you need to ask?! YES!

The shop is Restored FJ40 and their workmanship is beautiful. They walked us through the restoration process which starts with a full dismantling of the vehicle to send off the parts to be dipped in a wash to remove the paint then a complete rebuild. They use all OEM parts and then for the older models they might do some custom upgrades as requested by the purchaser such as updated shocks and suspension, conversion to left wheel drive, adding automatic steering, converting manual transmission to automatic, etc. Who knows, after the trip Darryl might be trading in the Subaru for a refurbed Landie! If you’re into this stuff, check them out. You’ll be waiting almost a year for your car but looks like it’s worth the wait!

Farther along the coast was Newport, OR where we stopped for lunch and to stretch our legs a bit. Our time along the Oregon Coast was quickly drawing to an end. We spent our last night at Alfred A Loeb State Park and then had to boogie on to Grass Valley, CA to pick up something very special! Stay tuned!! 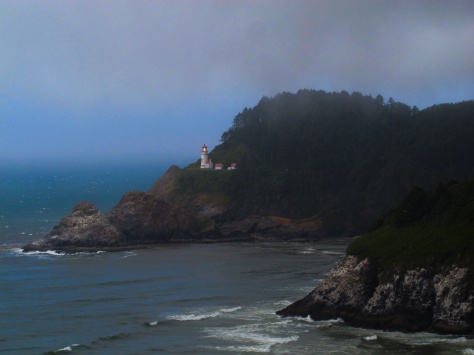 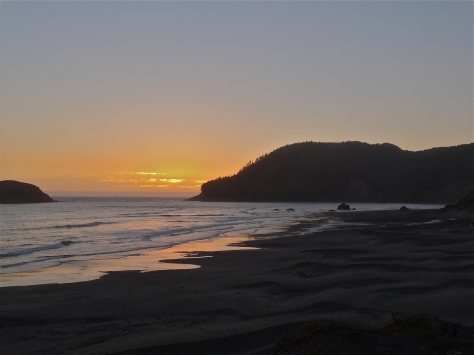